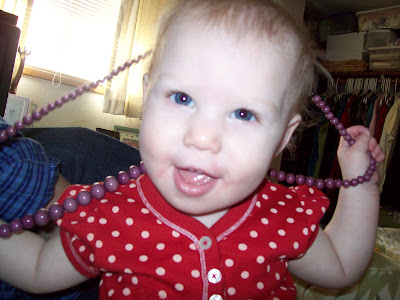 Okay, this first one was taken when she was at home. She loves to play with my necklaces! 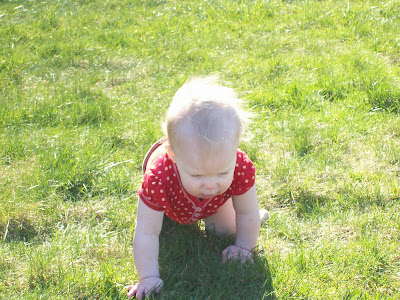 All this crawling & no grass stains. Good job, Bella! 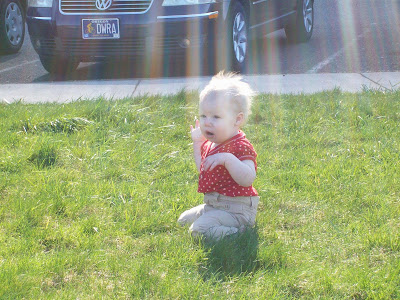 I love this picture! She just looks like she's having so much fun. 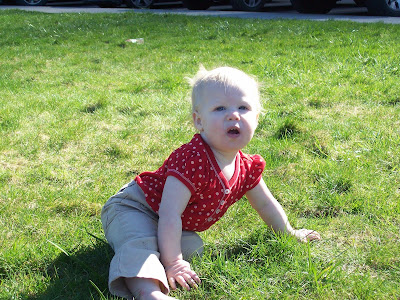 Well, I guess there were SOME grass stains-on her face! 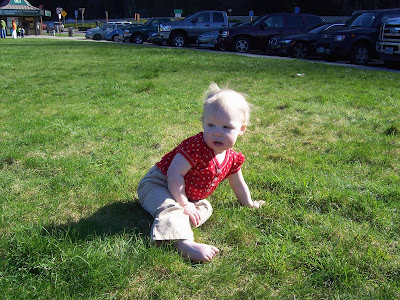 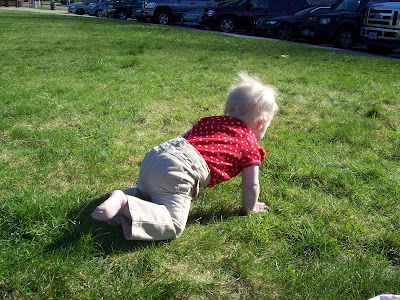 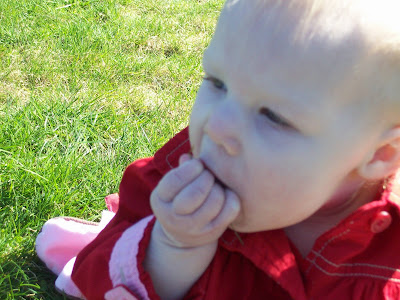 Mmmmmm, who needs lunch when you have a field of grass?? 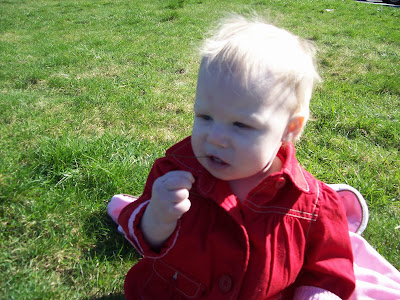 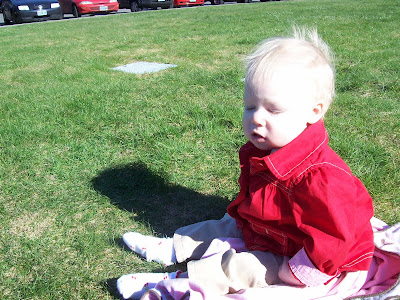 Bright sun. (and note, she DID have socks on) 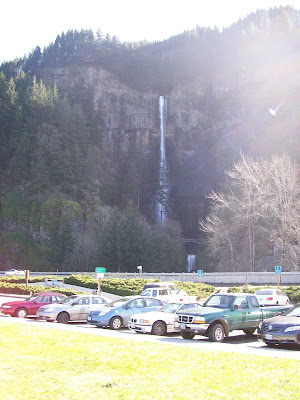 Full parking lot at the falls. 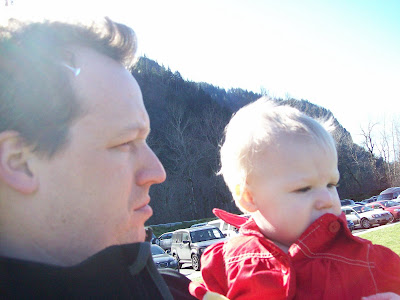 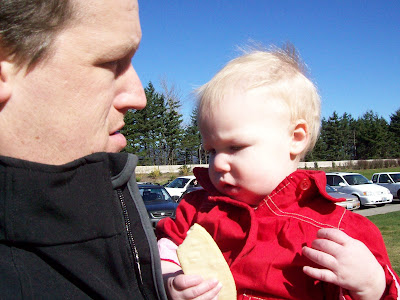 Time for a cracker break! 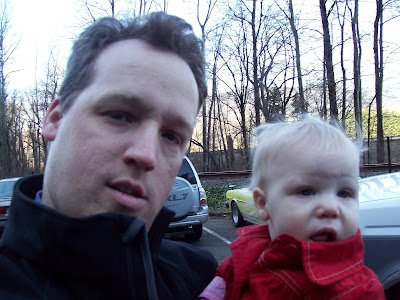 What a fun adventure! 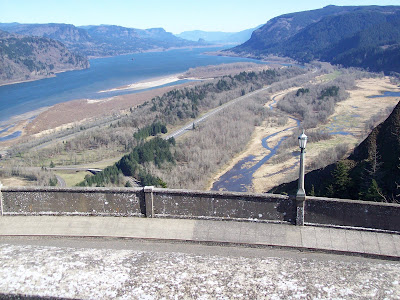 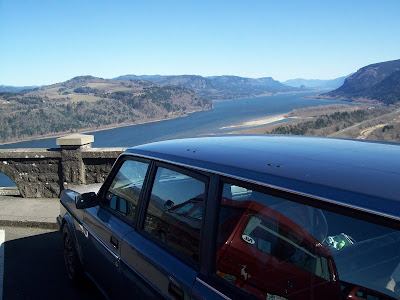 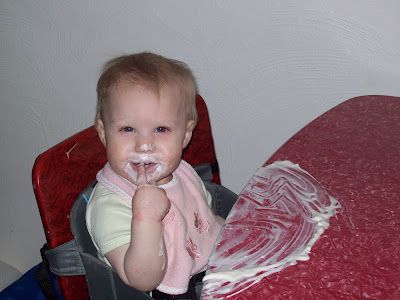 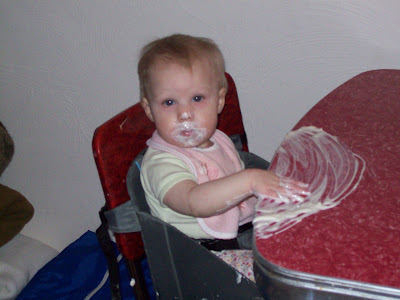 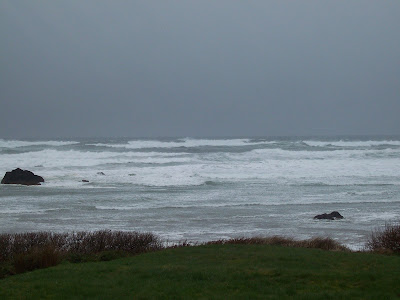 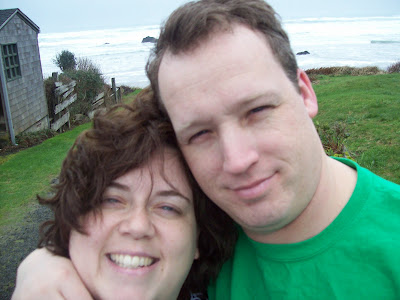 It's been awhile since I posted pics, so here are some from this weekend. Greg and I went to Cannon Beach to scope out some places to stay when my mom visits in 2 weeks.
Posted by Star Char at 6:57 PM 1 comment:

WE'RE HAVING ANOTHER BABY!

I went to the doctor Friday and it was determined that I am about 10.5 wks along so the baby is due in September. Wow. That means 17 months between the siblings. Hmmmm.......oh well! Should be an adventure!

We are extremely excited and wanted to share our joy with you!
Posted by Star Char at 12:57 PM 6 comments:

Did you watch Ellen's debut on American Idol? I saw the first 1/2 hour. I like Ellen, but I was prepared to NOT like her on AI. It's not that I particularly LOVED Paula, but I just thought that having a new person would throw everything off.

In spite of my initial misgivings, I actually did like Ellen last night. I heard on the radio this morning that people are criticizing Ellen for being mean to contestant, Skiiboski. Yes, Skiiboski. All she said was that Skiiboski (okay, I'll stop typing that) was scary and that she felt like he was stalking them. She advised him to not frighten his audience. She wasn't being tongue in cheek. She wasn't saying it to get a laugh. I got the feeling that was how she truly felt. I felt the same way she did. He was skeevy, smarmy, and weird! But the criticism of Ellen today is that she is trying to be too much like Simon, aka she's being mean. HUH?? Everything I heard her say was delivered gently, but it was honest. I guess people miss Paula more than they thought they would.

I DO still miss Paula. Even when she was over-medicated (putting it mildly), she brought an energy to the show. She may have looked ridiculous standing up, dancing, clapping (or trying to), but she DID give the show energy.

I don't know. I'm kind of over AI. I'll stick with it for this season because, let's face it - I love TV and I have nothing else going on. But next year's a different story.....
Posted by Star Char at 9:20 AM 1 comment:

line in the sand
don't cross this line
line up
go to the back of the line
don't cut in line
toe the line
we got our lines crossed
straight lines
crooked lines
double lines
Posted by Star Char at 7:54 AM 2 comments: